Marketplace of ideas for better policymaking in Serbia

CEP is a non-governmental, non-profit, independent think tank founded in 2011 by a group of professionals in the areas of EU law, EU affairs, economics, and public administration reform. CEP’s team works with a shared vision of improving the policymaking environment in Serbia by rendering it more evidence-based, open and inclusive, and more substantially EU-accession-driven.

As of 2018, CEP is the best-ranked think tank in the Western Balkans and among the top ten in Central and Eastern Europe, according to Global Go To Think Tank reports.

The first programme area has been defined in a way which encompasses the various issues dealt with in the scope of the political criterion for EU accession. As these are the underlying issues which affect Serbia’s performance in several sectoral policies, this is also the largest programme area (in terms of scope and intensity of CEP’s activity). This programme deals with the issues which are the foundation and precondition for the success of all sectoral reforms in the transition and the EU integration process. Public administration reform (PAR) is at the centre of CEP’s Good Governance Programme Area as it is the cornerstone of the country’s reforms implementation towards the EU. This programme area should contribute to a more stable and accountable democratic system of governance based on respect for the rule of law and human and minority rights. Public administration reform, mechanisms for ensuring government accountability, decentralisation and functional links with the EU integration process to prepare Serbia for functioning within the EU multi-level system of governance represent the focal points of this programme. Some of the issues we address under this area relate to government accountability and openness, design and provision of high-quality public services for citizens and businesses, involvement of civil society and citizens in PAR and policy making in general.

The second programme area focuses on the preconditions for Serbia’s integration into the EU internal market and competitiveness-related requirements, intending to contribute to developing a well-regulated free market economy in Serbia, marked by a competitive market and highly protected consumers. The Serbian economy still suffers from the legacy of the previous system and the centrally planned economy, with an underdeveloped culture of competition and a pervasive public sector which suffocates private initiative and investment. Market distortions are present and often ignored by policymakers, which seriously thwarts Serbia’s efforts to integrate the EU Single Market. Besides work on sectoral policies which cover different economic-related negotiation chapters, this programme area also includes topics of economic governance, which became even more important in the past few years. This programme researches conditions crucial for complying with the economic criteria for Serbia’s EU membership.

This programme area is built around two blocks. On the one side, it focuses on the nascent internal Serbian regional policy, with an emphasis on social development, regional competitiveness, as well as environment, energy and transport as the building blocks of the EU Cohesion Policy. In this perspective, environment, energy, transport are analysed, mainly from the perspective of their potential impact on improving the economic and social cohesion inside Serbia and contributing to Serbia’s successful EU accession.

The other block of research is intended to study the same policy areas but from the perspective of their contribution to cohesion between Serbia and the EU, i.e. to closing the existing development gap. In this second perspective, strong emphasis is placed on TENs1 and the role of regional cooperation in their development (SEE Energy Community, CEFTA, European Common Aviation Area, and SEE Transport Community).

Within Our Europe CEP researches and analyses issues and problems within EU politics and institutional setup, and their influence on Serbia and its accession. Through Our Europe, CEP also seeks to picture Serbia as an EU member state already, and consequently trigger the thinking about Serbia’s place and position in the EU institutions and politics. In its essence, Our Europe is not a sectoral, vertical programme area, but rather a horizontal one, seeking to grasp a wider picture of Serbia’s EU path and analyse the transformations of the Union, against the rationale that Serbian public needs to know how the EU is evolving, in order to understand what Serbia is becoming a part of.

We approach policy research in a manner that also considers relevant cross-cutting issues such as efficiency and effectiveness, equal opportunities and gender equality, social inclusion, anti-discrimination, and sustainable development. We seek to embed these concepts in all of our research and analytical activities. 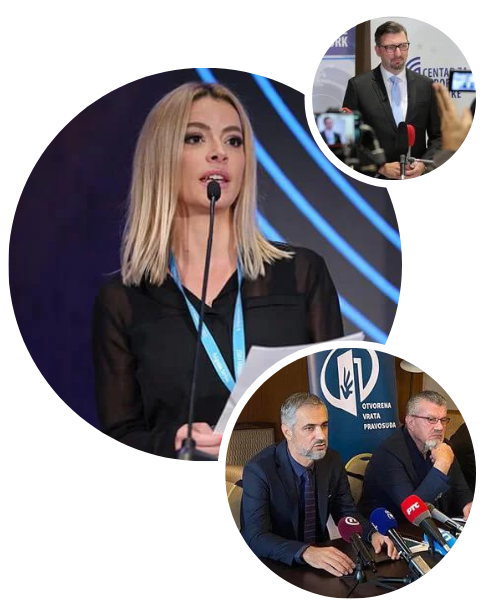 In 2030, CEP is the leading think tank in the Western Balkan and Central and Eastern Europe, with internationally recognised and proven expertise in developing innovative policy solutions in areas of European affairs, good governance, and economic development and green policies.

CEP is considered, by EU and domestic policymakers, as an honest broker and go-to policy development hub that objectively assesses and addresses pertinent challenges, while developing future-proof policy solutions in the context of changing geopolitics and extended EU enlargement scope. 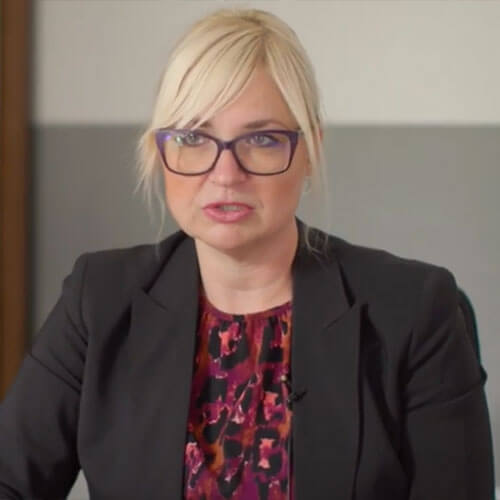 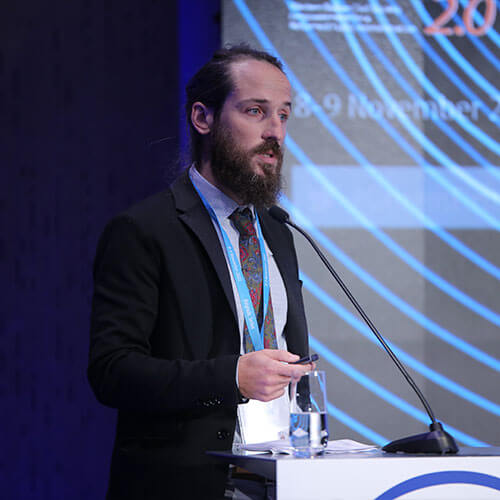 Goal 5: To ensure sustainable and diversified funding sources for the organisation.

The tenth birthday of CEP

In October 2021, CEP celebrated its tenth birthday. Watch the video about how CEP was created and developed. 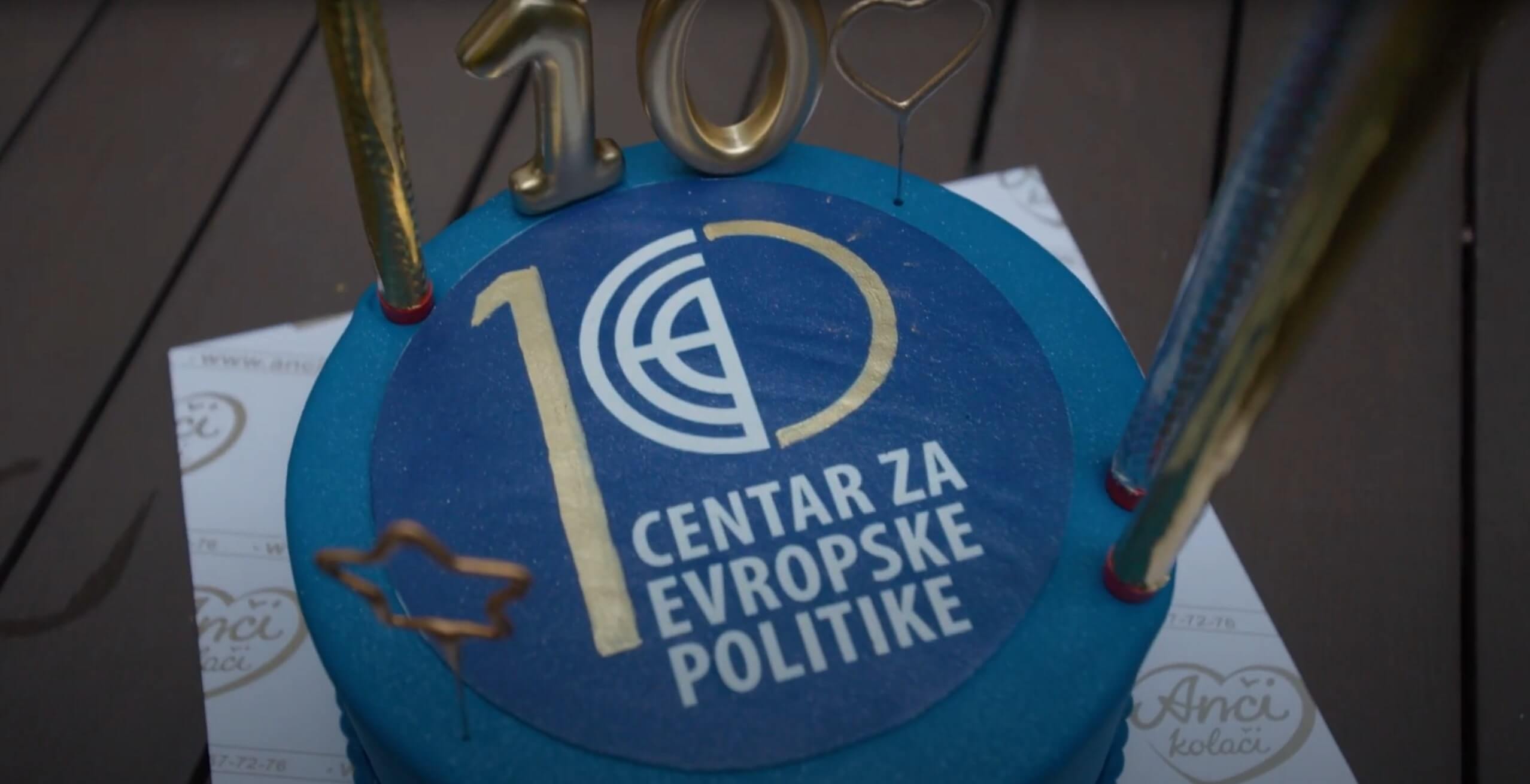