On 17 January 2017 Antonio Tajani became President of the European Parliament (EP), succeeding Martin Schultz in this position. He underwent four rounds of voting – a practice rather unseen in the EP, which indicates how firm different political groups were in supporting their candidates.

This CEP Insight takes a closer look into Tajani’s profile and ambitions as EP President; analyses the new shifts in the balance of power that came as a result of Tajani’s election; examines its implications on Serbia’s EU membership aspirations and finally suggests how the Serbian authorities should position themselves vis-à-vis the new circumstances. 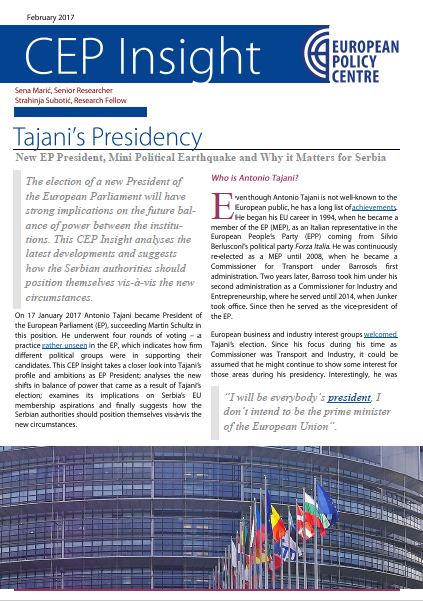