Starting from 1 January 2016, the Netherlands took over the Presidency of the Council of the European Union from Luxembourg which held it for the second half of 2015.

They plan to focus on the essentials, by which they mean innovation, growth, jobs, and stronger relationships with civil society organisations and EU citizens. The realisation of these topics, however, might be hampered by a set of issues which depend on external circumstances and which the EU needs to tackle together with the third-party actors, namely the refugee and migration influx, issues related to its common energy policy and the looming question of Brexit. Considering their level of complexity and urgency, the question remains of whether the proposed essentials can really be the Presidency’s primary focus. This Insight provides analysis on the state of play in the issues of energy policy, refugee and migration influx and the British EU membership referendum and it looks at how the Dutch Presidency plans to manage these issues. 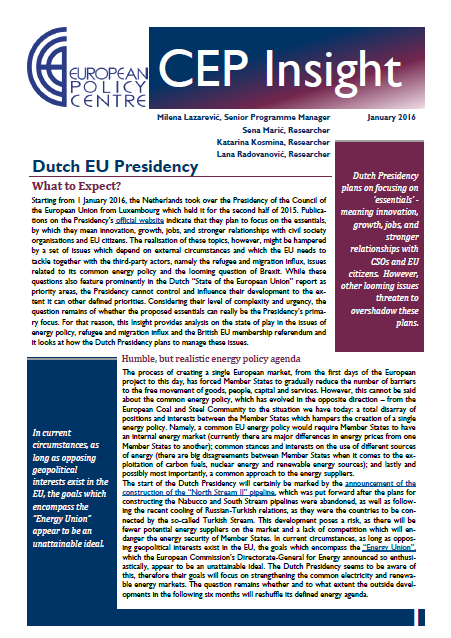