Consumer law in Serbia is the result of the legal reception of European consumer law, which has been implemented in the past ten years as part of Serbia’s legal harmonisation and EU accession processes.

Consumer protection in Serbia is an area of public policy that has bee established and is legally shaped under the auspices of the European integration process. The 2010 Consumer Protection Act (“2010 Consumer Act”) introduced consumer protection rules into our legislation based, for the first time, on EU law as part of the legal harmonisation process with the acquis communautaire, as well as previously assumed obligations under the Stabilisation and Association Agreement (SAA).

Undoubtedly, the key problem facing consumer protection is not legal norms, but the mechanisms that ensure their application in practice. In order to improve the current situation regarding the application of consumer rights, possible options for improving the institutional, procedural and organisational framework have been defined, based on previous experience in the work of consumer organisations as well as comparative-legal models and the previous practice of relevant domestic institutions. 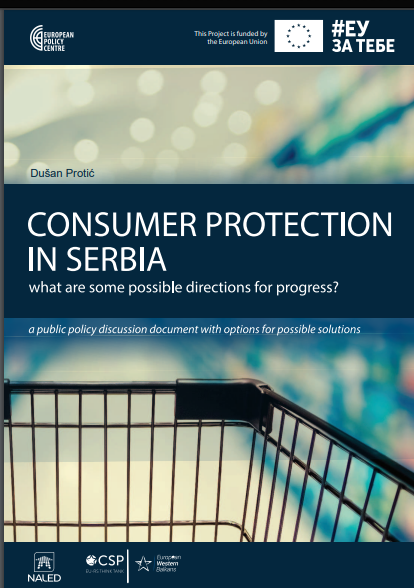