In the last decades, Serbia has been facing serious demographical challenges. The low rates of natural increase in population combined with the negative net migrations caused depopulation at the state level. This trend is the strongest in rural areas and less developed regions. Circular migration (repeated legal migration of the same person between two or more countries), whose importance has been increasing both globally and in Serbia in the past decade, could lead the way out of this problem. 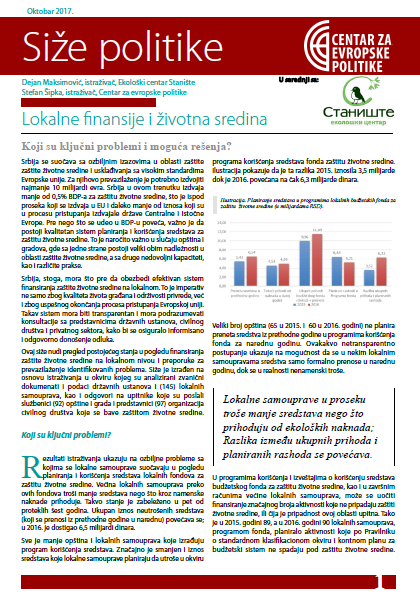 Although today, it is much easier to emigrate from Serbia than it used to be in the past – primarily due to the termination of sanctions and the democratisation process, and later, visa liberalisation and bilateral agreements with some European Union (EU) countries on the facilitated movement of labour, Serbia hopes for further procedure simplification, especially in the context of EU integration. As an EU candidate, Serbia should be ready for all the upcoming changes. Experience of EU countries, some of which have already gone or are currently going through the problems that are awaiting Serbia in the upcoming years – lack of qualified labour force, population ageing, the increased outflow of the population after the EU integration are of great importance for decision-makers in Serbia.

By learning from others, Serbia could save much time in searching for a circular and return migration management model and measures to encourage such migration. Accordingly, this paper analyses the state of play in circular and return migrations in Serbia, as well as the situation and measures in three EU countries that faced large population outflow and found different ways to deal with it – Estonia, Ireland, and Bulgaria. It aims to identify circular migrants’ needs and to point out examples of good practices, mistakes made, and final results in the abovementioned countries, as these could be used as a guide in circular migration management in Serbia