Despite its size and location, it is a country which has often “punched above its weight” as it has acquired significant experience in EU-affairs. Not only was the last treaty change made in Lisbon in 2007 during the then Portuguese Presidency, but Portugal also provided a two-term Commission President, José Manuel Barroso (2004-2014), as well as a Eurogroup President, Mário Centeno (2018-2020). With regards to presiding over the Council of the EU, Portugal also comes as a veteran – by presiding for the fourth time since becoming a member in 1986. Meanwhile, its political landscape remains stable and committed to the EU integration process, whilst having a pro-EU and pro-enlargement oriented population. These aspects are certainly conducive to its presidency in the upcoming six months. 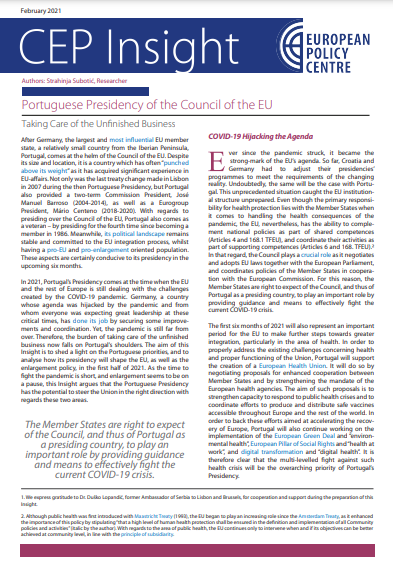