2016 will be remembered as a year that brought unexpected political outcomes and outrages in the Western hemisphere. Nevertheless, 2017 is promising to be more intense than the previous year.

The smallest EU member – Malta, finds itself in the midst of the upcoming events while holding the EU’s rotating Council Presidency. Malta will continue initiatives that were already put in place such as migration, security, internal market and the EU’s neighbourhood. However, as a small Mediterranean country, one of its main national interests will be further development of the EU’s maritime policies.

This CEP Insight will be focusing on the priorities of the Maltese presidency which should be considered by Serbian authorities, since they will be affecting the issues in which Serbia is directly involved. 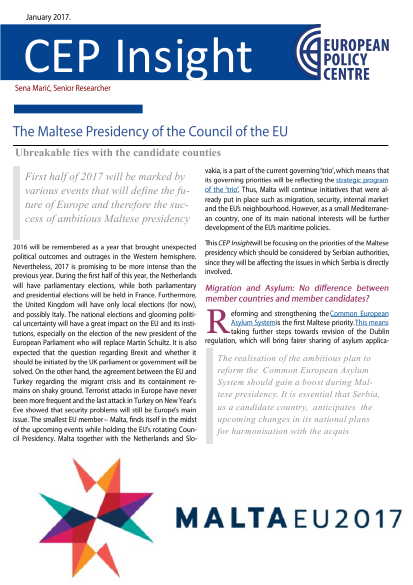