All across the EU, it has become quite common to label the modus operandi of the EU as ineffective, its institutional set-up as undemocratic and its politics as far removed from European citizens.

Attempting to address these concerns, the President of the European Commission Jean-Claude Juncker called for institutional reforms in his 2017 State of the Union Address. In it, he endorsed the continuation of the Spitzenkandidaten experiment and the introduction of transnational lists. In the context of the approaching 2019 elections, this Insight presents and examines both proposals in order to unravel what they might mean for the future of the EU. Last but not least, this Insight illustrates how these proposals would affect Serbia once it becomes an EU member state, with the aim to draw the debates on the EU institutional framework closer to the Serbian public. 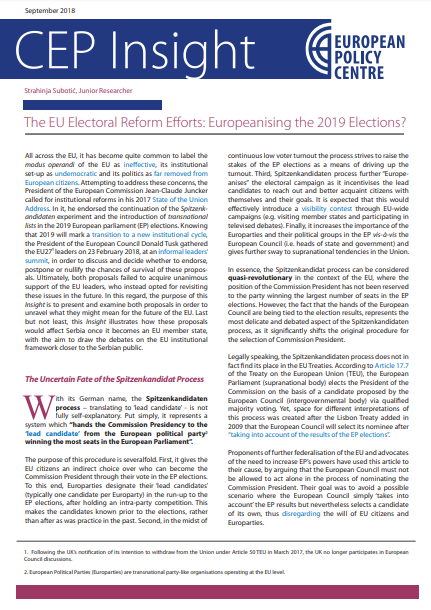