On February 5th, 2020, the European Commission proposed a revised enlargement methodology, officially endorsed by the Council of the European Union fifty days later. The new methodology is built on four main principles: credibility, stronger political steer, more dynamic process and predictability. Within this methodology, which aims to provide a credible accession perspective to the candidate countries, ideas of early integration into EU institutions and “phasing-in” to individual EU policies and programmes have emerged. Nonetheless, it soon became apparent that, in the absence of concrete content, this methodology failed to produce an actual meaningful change in the Western Balkans’ EU integration process.

That is why the European Policy Centre (CEP) from Belgrade and the Centre for European Policy Studies (CEPS) from Brussels created the Model of staged accession to the European Union, which strongly builds upon the revised enlargement methodology, but also further enriches and operationalises it. This infographic shows how the staged accession model operationalises core elements of the new methodology by creating room for dialogue and paving a clear roadmap for progress through stages while keeping the clustering system and further highlighting the fundamentals. 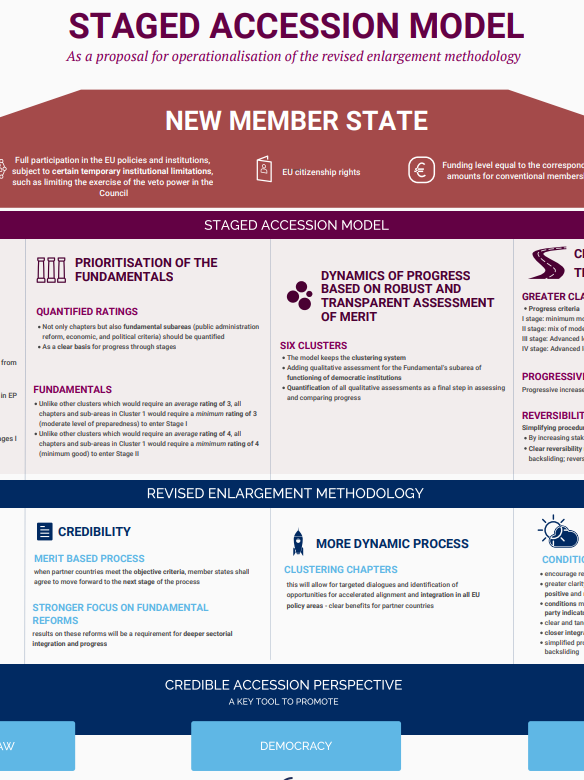