On 1 January 2019, Romania started presiding over the Council of the EU, for the first time since joining the Union. It took up the baton from Austria, a country whose priorities mainly revolved around strengthening the EU’s security, tackling the migration issue, and supporting the Western Balkan’s EU perspective. What about Romania’s priorities?

Recognising that 2019 will be a busy year for the EU – due to the European Parliament elections, Multiannual Financial Framework (MFF) negotiations, and Brexit conclusion – this CEP Insight explores the programme of the Romanian presidency and sheds light on what the Western Balkan may expect from its neighbour when it comes to prioritisation of enlargement. 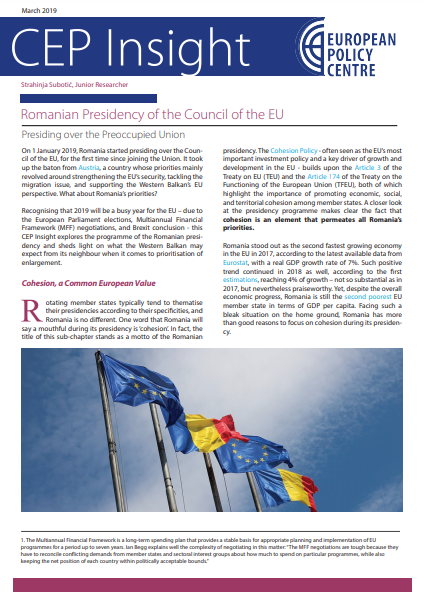