After years of lower interest, France has signaled its ambition to re-engage in the Western Balkans. It is not starting from scratch. Historical affinities with the countries of the region abound, in culture, sciences, politics and economy.

But shifting priorities in the past decades have eroded French presence in the region. To regain a foothold in this important part of Europe, France has taken a series of initiatives aimed at boosting its engagement.

In 2016, it hosted the Berlin Process summit; in 2017, it launched with Germany an initiative to coordinate the drive against firearms trafficking in the Western Balkans; in 2018, it expanded the intervention mandate of the French Development Agency (AFD) to all Western Balkans countries and adopted a national Strategy for the Western Balkans; in 2020, after a two-year stalemate, it withdrew its reservations against the opening of accession negotiations with Albania and North Macedonia, while drawing the contours of the revised enlargement methodology.

Drawing from a series of consultations in the region and structured cooperation with partner think-tanks, this policy paper is conceived as an independent, expert contribution to French efforts at re-engaging with the Western Balkans. It explores perceptions of French re-engagement in the region and reflects the potential of the 2019 Strategy for the Western Balkans in light of the forthcoming French Presidency of the European Council and in the context of the grands débats on the future of Europe.

This study is written as a part of project France and the Western Balkans – a Strategic Engagement. Authors from CEP are Strahinja Subotić, programme manager and senior researcher, Miloš Pavković, junior researcher, and Kristina Nikolić, former project assistant in CEP. 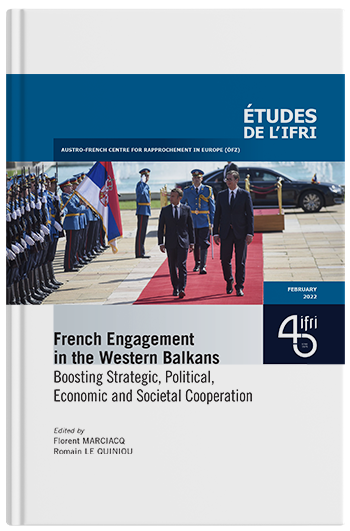