On 28 November 2018, in the framework of the current Austrian Presidency of the Council of the European Union, the European Policy Centre – CEP hosted a conference under the name “European Union and the Western Balkans: How to make the enlargement process more credible?”. The event was part of the Western Balkans Reflection Forum Initiative, launched by a network of European think tanks in support of the Berlin Process.

The conference discussed the best ways to keep the enlargement policy on the agenda of the European Union, both in Brussels and the member states. The participants also debated the current contribution of the Berlin Process, as well as their prognosis and expectations for the enlargement process in the future. Through two consecutive panels, speakers and participants addressed these questions from the EU’s and from the acceding countries’ perspectives. 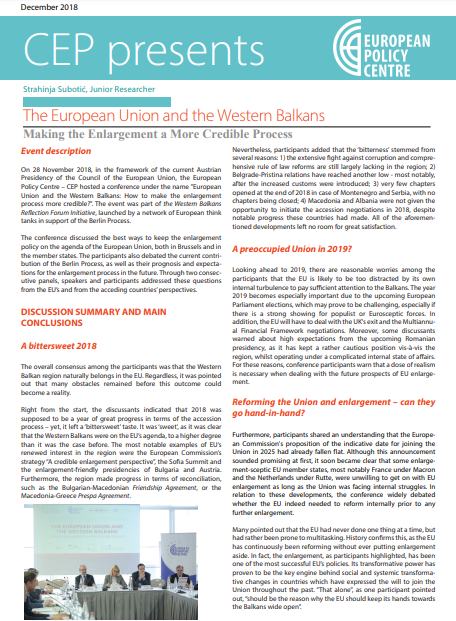