Croatia takes over the Council Presidency from Finland at a turbulent time for enlargement policy, especially after the opening of accession negotiations with Albania and North Macedonia was postponed yet again. While such a move caused shockwaves among the expert community, it also had a snowball effect of putting enlargement back on the agenda of EU leaders.

All of this took place in the context of yet another Brexit extension, a prolongation of the Multi-annual financial framework negotiations, and the delay of the start of the new European Commission. Regarding the upcoming period, what awaits the region during the Balkan presidency of Croatia? Is the upcoming Summit in Zagreb simply going to be Sofia 2.0 or can the region expect more tangible commitments and results? As phase one of the talks on the Future of Europe, according to the Franco-German proposal, is planned to start and end with Croatia’s presidency, this CEP Insight answers whether this a burden or a blessing for this Balkan country 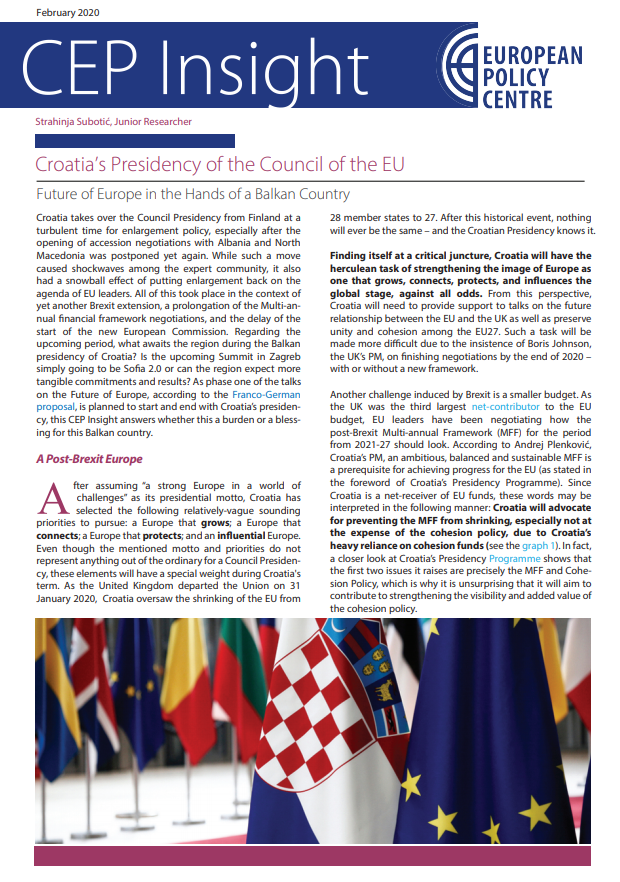