November 9, 2017 – At the European Policy Centre (CEP), a meeting of the Working Group of the National Convent on the EU (NCEU) for Chapter 28 (Consumer and Health Protection), was held. This Working Group is coordinated by the CEP. In addition to permanent members of the Working Group, the meeting was attended by representatives of the Ministry of Trade, Tourism and Telecommunications and the representatives of the Ministry of Health.

The session was opened by Dušan Protić, CEP Programme Manager and the Coordinator of the Working Group, by presenting a brief analysis of the summary of the draft Negotiating Position for this Chapter. He highlighted that we are currently in the consultative stage, while the stage of formal adoption of the Negotiating Position is still pending.

Participants were then addressed by the member of the Core Negotiating Team responsible for chapters 1, 3 and 28 Nebojša Lazarević, who informed participants about the current situation, planned activities and the upcoming process of opening of the Chapter.

“We can expect that this Negotiating Chapter officially opens in the second half of 2018,” Lazarević said, but warned what problems could slow down and delay the closure.

“The EU position is clear – if there is no progress in Chapters 23 and 24, we cannot expect progress in other chapters,” Lazarević said.

Members of the Working Group recognised lack of functionality of the National Registry of Consumer Complaints as the biggest problems in the field of consumer and health protection. The National Registry, although made available a few years ago, still can not meet the needs and requirements of users. The participants also discussed problems in the functioning of the Integrated Health Information System (IZIS) and the lack of human resources for its implementation. During the meeting the question of expediency in introducing of health care workers according to the system of civil servants was also opened.

The current situation in which we have a monopoly on state health insurance is unsustainable, concluded the present experts in this field. It is a system that, in addition to not being in line with EU practices, is not good for us – without an attempt to involve the private sector in healthcare and without healthy competition there is a threat that it would begin to collapse, and since, even if this question at this stage is not initiated by the European Commission, it will certainly become important when Serbia joins the EU. Therefore, it is necessary to start the regulation of the healthcare system immediately.

The session ended with the conclusion that it is necessary to create more space for complaints and observations by the representatives of civil society in the relevant ministries, and that the Working Group will continue to work on proposals for solutions to all the issues that were discussed at the meeting. 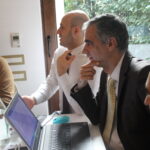 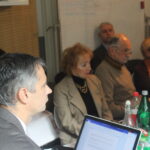 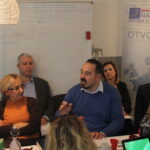 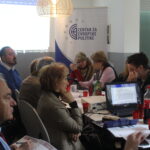